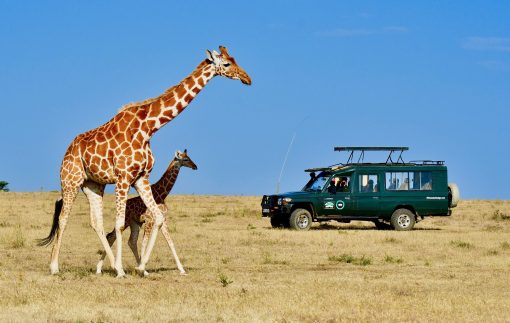 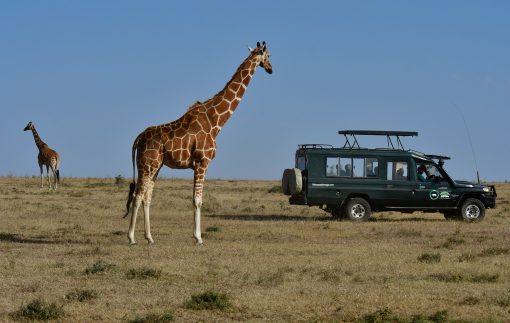 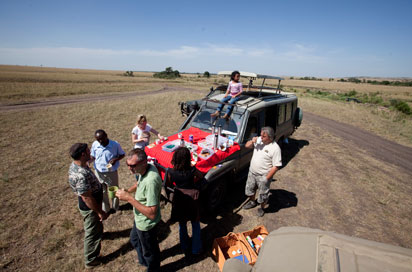 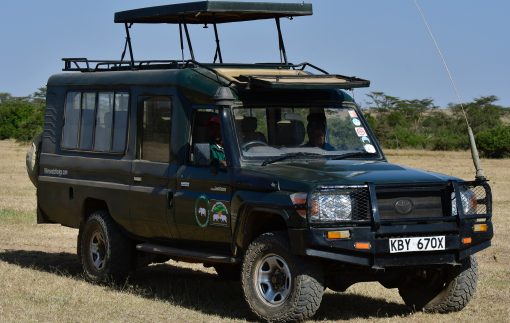 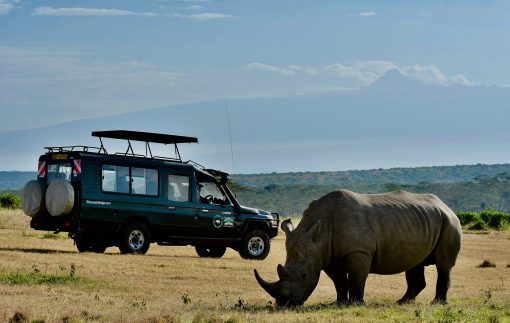 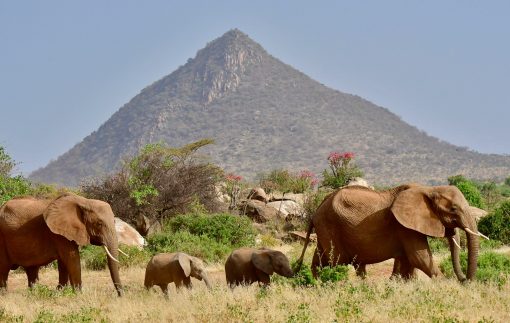 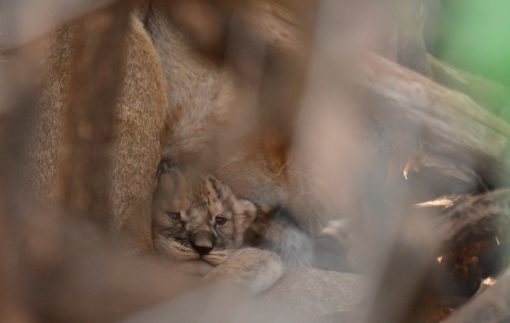 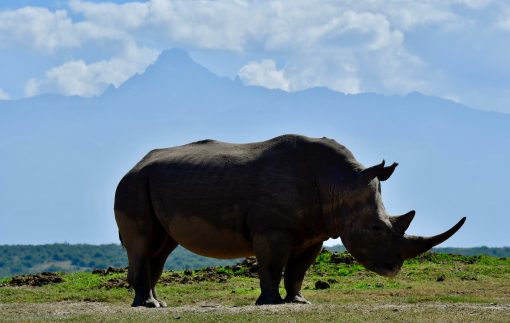 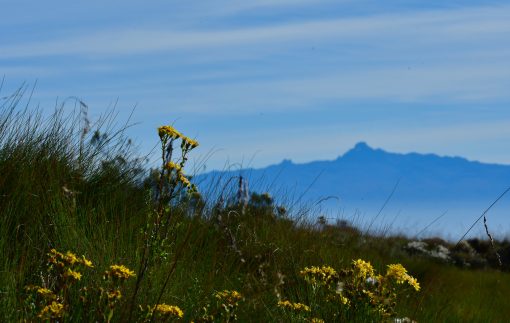 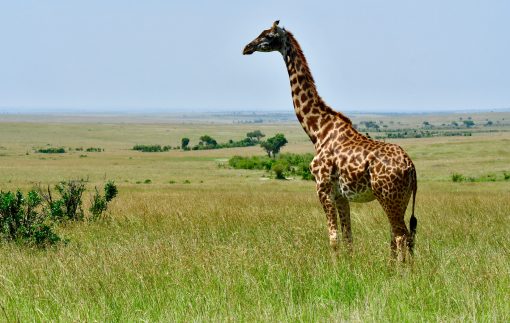 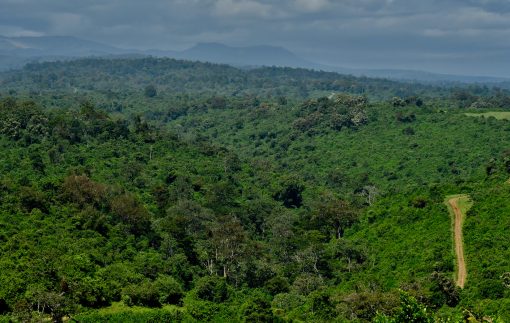 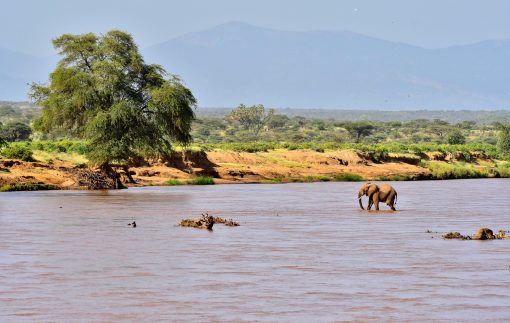 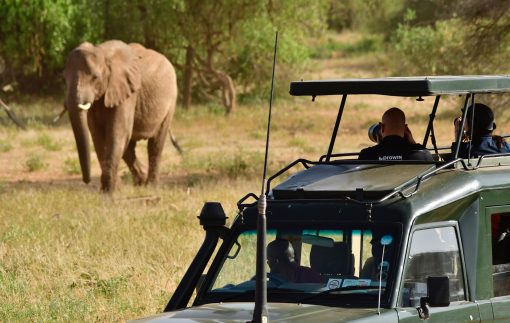 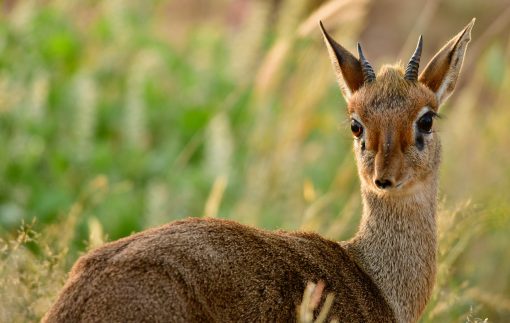 We offer various possibilities to extend your stay with.

You will be welcomed at the international airport of Nairobi where you arrive in the evening. You will be transferred to your guesthouse in a quiet suburb of the city for a good night´s rest.

After breakfast we will start our journey through the spectacular Rift Valley, past Lake Nakuru and on to Lake Baringo,
a freshwater lake dotted with picturesque islands. The waters support a multitude of Hippo and Crocodile. Crocodiles are often seen lying on the shores. Hippos are seen in the lake during boat trips, and at lakeside lodges and camps, where they are seen at night grazing the lawns. Over 450 of Kenya’s 1,200 native species of bird are recorded here also. This area is home to the Pokot tribe, which are semi-nomadic herdsmen and cultivators. We will spend the next 2 night in Roberts Camp on the shores of the lake, where you have the chance to see hippos and crocodiles. B/L/D

Today we will spend at the neighboring Lake Bogoria, which is a shallow saline lake and one of the most beautiful and spectacular of the Rift Valley lakes. The waters of the lake contain the blue- green algae that attract massive flocks of thousands of flamingoes, turning the shores pink. Apart from the flamingos we have the chance to observe birds of prey, such as the Fish eagles, which often prey on the flamingos. Other birds that can be observed are the grey crowned crane, common ostrich, black-headed herons and sacred ibis. The shores are lined with Gazelle, Zebra, Buffalo, Impala, Baboons and the park is one of the best places in Kenya to see Greater Kudu, a mighty animal with splendid, spiraling horns. Geothermal activity in the form of hot springs and geysers are located on the western shore. The springs erupt 2.5 -3 meters into the air and carry with them a strong pungent sulfur smell. B/L/D

For today we have organized a boat trip out on Lake Baringo. The lake is populated by hippos and crocodiles, which are considered harmless by the local people. It also gives shelter to more than 400 bird species that give the area its main attractive. This truly is Kenya’s bird watching paradise. We have the chance to observe fish eagles, kingfishers and various other birds. After lunch we will continue our journey to the Rhino Watch Safari Lodge, where you will be accommodated in luxury safari tents for the following 5 nights. B/L/D

Today´s safari takes you to the Solio Game Reserve, which is a fenced, privately-owned wildlife conservancy, geared towards rhino conservation. Only minutes away from our lodge, the park plays a major part in the protection and breeding of black rhinos in Kenya. There is no better place in the world to observe rhino. Other wildlife except for elephants includes buffalo, zebra, giraffe, Oryx, antelope, Thompson’s gazelle, impala, waterbuck and warthog. The park also offers some of the best leopard viewing in the country, and lion and cheetah can also be found.
Around lunchtime we will have a picnic in a shady spot in close range to the animal herds. We will return to the lodge just in time for diner. Enjoy the view of Mount Kenya in the company of your family, while being pampered by our chef. B/L/D

You can spend the morning at your own leisure at the lodge´s property. In the afternoon we will visit a small private reserve located only 15 minutes from the Rhino Watch Lodge, which offers the opportunity to go on a game walk with giraffe, zebra and antelope. This is a truly wonderful experience to spend the afternoon with plenty of photo opportunities. B/L/D

Today´s safari into the Aberdare National Park shows you a wide range of impressive landscapes and a great variety of wildlife. The main ecosystems within the mountain range are rainforest, one of the last intact rain forest refuges in Africa, giving way to dense bamboo forests and then moorland. Some wildlife more easily observed is the forest elephant, buffalo, the giant forest hog and some of the big cats, including the leopard! The park also contains a large population of black rhino. The crystal clear mountain streams are teeming with trout. And even the bird viewing is rewarding, with over 250 species of birds observed. B/L/D

Ol Pejeta is a mosaic of grass plains, wooded grassland, Acacia woodland and evergreen thicket extending for over 350 square kilometers. This extraordinary reserve is East Africa’s Largest Black Rhino Sanctuary. Besides black AND white rhino, the park boasts an astounding variety of wildlife including non-indigenous chimpanzees that can be visited in the Sweetwater chimpanzee sanctuary, the Big Five, Grevy’s zebra and some of the highest predator densities in Kenya. The combination of amazing wildlife and stunning views across the open plains will guarantee you an unforgettable safari experience. B/L/D

After breakfast we will leave the Rhino Watch Safari Lodge behind and drive along the contours of Mount Kenya towards Samburu National Park. The Uaso Nyiro River is the lifeline of this rugged, semi-arid area and is bustling with a huge population of crocodiles. The presence of the river and its shady trees has resulted in a rich flora and fauna. The game reserve is renowned for its rare species of animals that can only be found in this park, like the long necked gerenuk, Gravy’s zebra, reticulated giraffe, and the Beisa onyx. Giraffe, buffalo, waterbuck, elephant and zebra trek from the surrounding savannah plains to the water. Samburu is also considered one of the best areas to observe leopard, lion and cheetah. For the birders, around 365 species have been recorded and the river area is particularly rewarding. We will be staying at the Elephant Bedroom Camp on the banks of the Uaso Nyiro River for 2 nights. This exclusive tent camp is considered a jewel in Samburu National Park, rightly carrying its name. The park is home to large herds of elephants which come to the river to drink and bathe themselves and snack on the fruits of the doum palms surrounding the camp. Besides elephant, prides of lion or the solitary leopard amongst other game are regular visitors around the camp. On the last evening of your stay a leaving party is organized for you and your family to enjoy. B/L/D

After another game drive safari in the morning it is unfortunately time to start our journey back to Nairobi to catch your flight back home. B

Rates are inclusive of:
• All transfers per mini bus.
• Ten nights in accommodations as described in the program above.
• Meals as per itinerary (B = breakfast, L = lunch, D = dinner)
•All game drives in safari vehicles.
• Experienced English speaking driver guide.
• All excursions as stated in the program above. 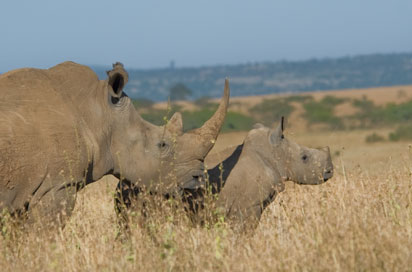